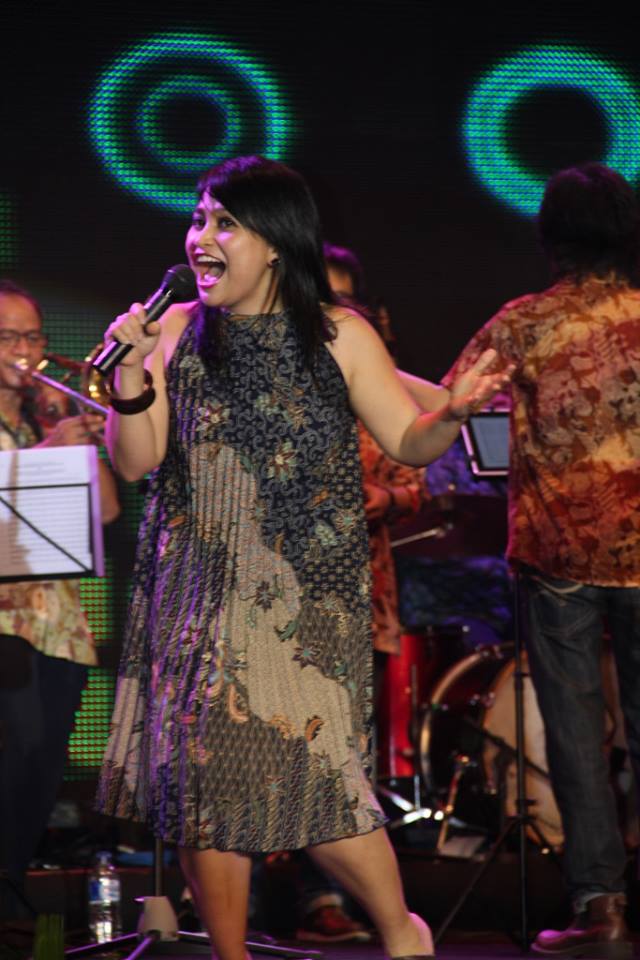 Thilma Komaling is a jazz vocalist with the Hajarbleh Big Band in Jakarta, Indonesia, which has participated in International Jazz Day since the inaugural edition in 2012. In this interview from April 2016, Komaling discusses the group’s upcoming Jazz Day project to showcase Indonesia’s intangible cultural heritage by highlighting a unique traditional instrument.

What does jazz music mean to you? To your community?
To us at Hajarbleh Big Band, jazz music is the element that brings people together, regardless of different cultures, beliefs or religions in any form within the country.

Why are you celebrating International Jazz Day? Why is it important?
From the first year of International Jazz until now, we have maintained our excitement to be part of this global movement. The Jazz Day campaign is living proof of how music unites world citizens–not just through music, but through understanding differences and acting as one.

This year it is important for Hajarbleh Big Band to showcase Indonesia’s intangible cultural heritage through the Angklung, a traditional musical instrument. According to UNESCO, the Indonesian Angklung consists of two-to-four bamboo tubes suspended in a bamboo frame and bound with rattan cords. The tubes are carefully whittled and cut by a master craftsperson to produce certain notes when the bamboo frame is shaken or tapped. Each Angklung produces a single note or chord, so several players must collaborate in order to play melodies. Traditional Angklungs use the pentatonic scale, but in 1938 musician Daeng Soetigna introduced Angklungs using the diatonic scale; these are known as angklung padaeng.

The Angklung is closely related to traditional customs, arts and cultural identity in Indonesia, and is played during ceremonies such as rice planting, harvest and circumcision. The special black bamboo for the Angklung is harvested during the only two weeks a year when the cicadas sing, and is cut at least three segments above the ground, to ensure the roots continue to propagate. Angklung education is transmitted orally from generation to generation, and increasingly in educational institutions. Because of the collaborative nature of Angklung music, playing promotes cooperation and mutual respect among the players, along with discipline, responsibility, concentration, development of imagination and memory, and artistic and musical feelings.

Collaboration is the most important element of this year’s celebration, and we plan to share our knowledge of jazz music with local students aged from 11 to 18 years.

“Jazz music is the element that brings people together, regardless of different cultures, beliefs or religions in any form within the country.”

What would you like to see happen through this day–short term and long term?

We hope that Jazz Day may facilitate global collaboration, amongst the 195 countries celebrating–to create projects, initiate friendships, and build global mentorships so our world might become a better place to live in. We’d like to be part of the global jazz community who responds to changes and crises throughout the world in any sector, including climate change, food security and war prevention. May we keep welcoming freedom of expression through jazz…inclusive–not exclusive.