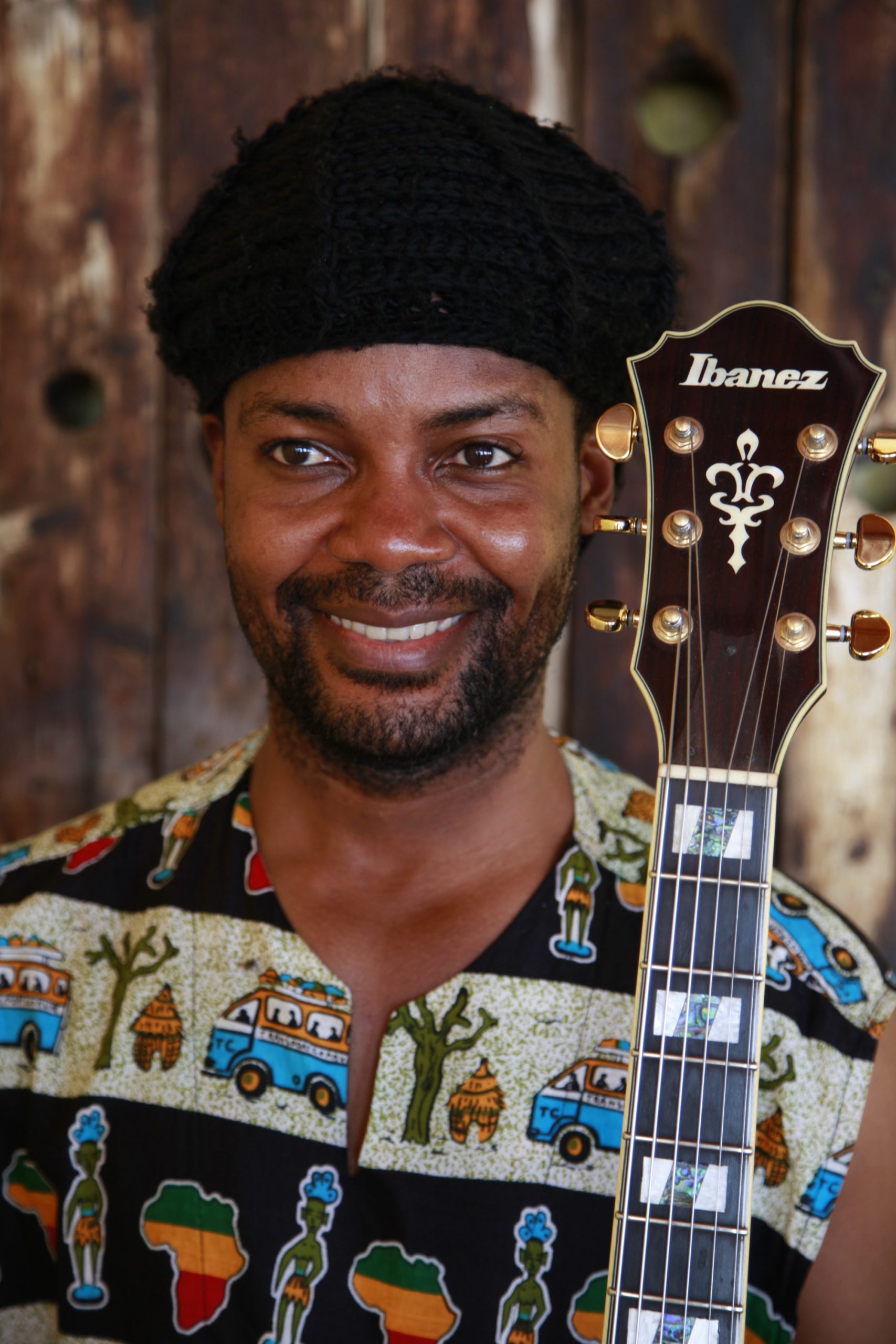 Constant Boty is a musician, educator and humanitarian who is passionate about using his art to make a positive difference in his native Côte d’Ivoire–and beyond. He has brought this commitment to diverse International Jazz Day projects since 2014, most recently devising a two-country program for the 2021 edition divided between Côte d’Ivoire and Ghana around “Jazz, Youth and Development.” The project focuses on engaging with young people in both countries through music. Read more about Boty’s life and work below.

“…for us it is a must to embrace Jazz Day and make it our médecine for survival.”

Ivorian Constant Boty is among a select group of West African musicians who have masterfully balanced and blended the often contradictory elements of innovation and tradition. Boty has found his niche perfecting a fine mix of West African folkloric music, European classical, jazz, and electronic music, having recorded with artists as diverse as saxophonist Greg Osby, pianists James Weidman and Benito Gonzalez, drummers Poogie Bell and Jerome Jennings, clarinetist Oran Etkin, bassist Solomon Dorsey, and the late trombonist Calvin Jones, among others, Boty regularly performs in countries across Africa, both as a solo act and with his band, the Guru Guru Project. The group released its debut album, Guru Guru, in 2015 to critical acclaim, with a second release, Comme Ci, Comme Ça, released in 2019.

Trained as a classical guitarist at the Abidjan High Institute of Arts, Boty is also an enthusiastic and experienced music educator, dedicated to sharing his craft with the next generation. He has taught guitar and West African tribal drumming at the German Swiss International School in Accra for the past five years, and conducts music workshops on jazz and West African folkloric music all over Europe and Africa.

Boty first became involved in International Jazz Day in 2014 while living in Accra. Under the patronage of the local UNESCO office, Boty’s company, Mevicon Services, was charged with curating the next four Jazz Day celebrations, with Boty himself serving as musical director. The events in Accra proved highly successful, spanning concerts, radio appearances, educational workshops, and cultural exchanges involving local Ghanaian artists and visiting musicians from around the world.

Now relocated to Cote d’Ivoire, Boty plans to continue his International Jazz Day involvement with events across the country and throughout Africa. He hopes to work with students to celebrate Zaouli, the popular music and dance of the indigenous Guro communities in Bouaflé. Zaouli was inscribed in 2017 on UNESCO’s Representative List of the Intangible Cultural Heritage of Humanity. In addition, Boty hopes to present a concert showcasing West African tribal music alongside standard American jazz.

Most of all, though, Boty views International Jazz Day as an opportunity for healing. Remarking upon his plans for the 2021 edition, Boty says:

For me and the supporting team that work with me in Côte-d’Ivoire, my home country, and in Ghana, my country of adoption, we always believe that Jazz Day is what we need to strengthen peaceful cohesion among our people.

Côte-d’Ivoire is a country with 26 million people, with more than 60 tribal groups. Each tribe with its history, its spiritual beliefs, its traditions and its music; the same for Ghana, a country of 31 million people with more than 50 tribes. Of course we have inter-tribal alliances that were sealed by our ancestors, but now in the modern times when young people don’t learn from elders and don’t know these peaceful alliances, there is always war and misunderstanding in our communities. But since there is Jazz Day, we have been able to unite and speak our differences through music and learning about each other in a different perspective.

So for us it is a must to embrace Jazz Day and make it our médecine for survival.

In honor of International Jazz Day 2021, Boty aims to theme his two-country program–divided between Côte d’Ivoire and Ghana–around “Jazz, Youth and Development,” focusing on engaging with young people in both countries through music. Plans call for an education and performance tour by an international ensemble comprised of Boty and multiple visiting artists from the United States and Germany. All activities will be offered entirely free of charge.