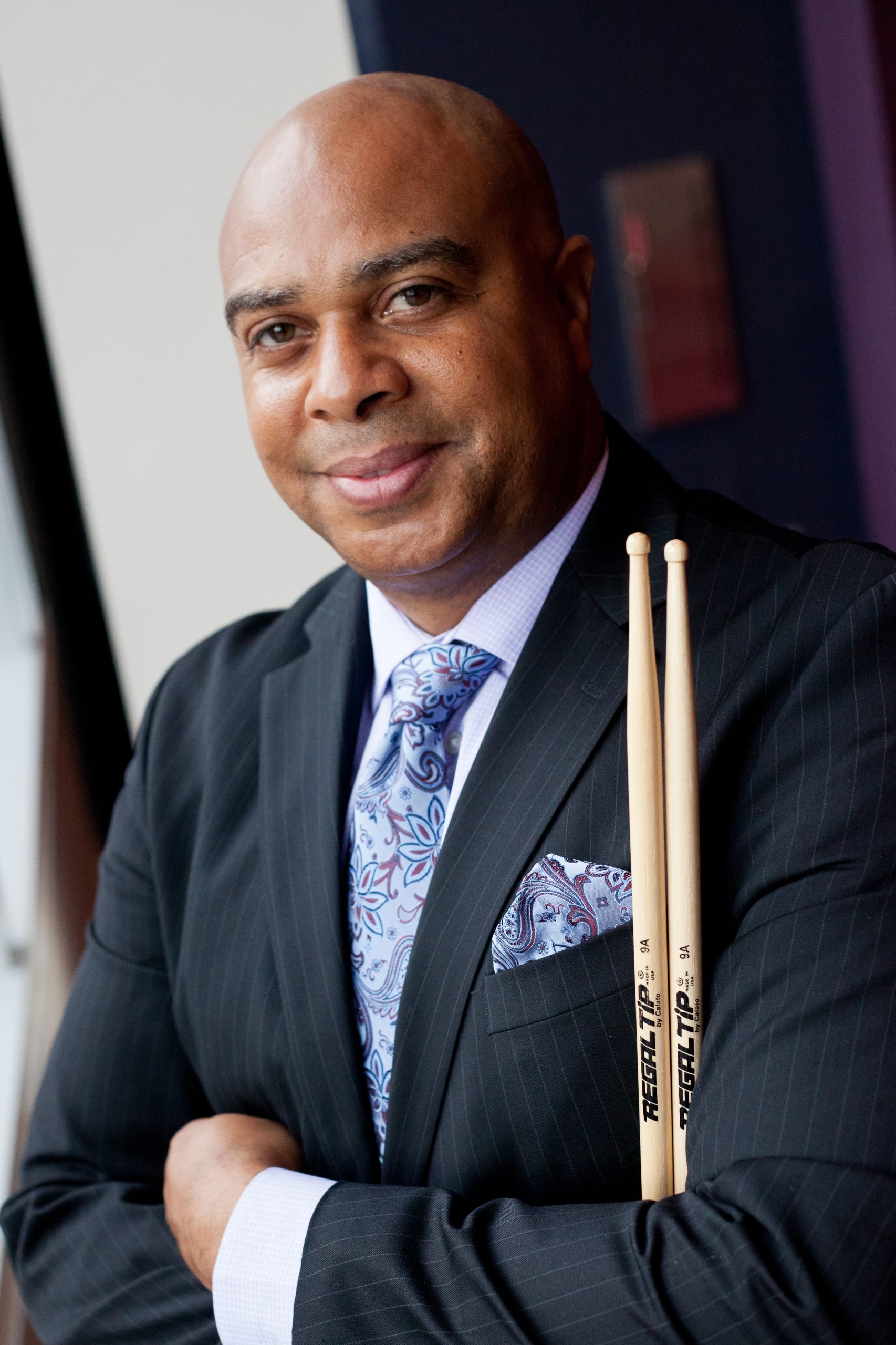 Dion Parson is an internationally renowned drummer, bandleader, composer, and educator whose idiosyncratic musical sensibilities and dedication to mentorship are paving the way for a new generation of jazz listeners and players in the Caribbean. International Jazz Day was pleased to welcome Parson into its family of partners in 2021. Read on to learn more about his diverse activities as a performer, teacher and advocate for the musical traditions and cultural heritage of his home.

Born and raised on the island of St. Thomas in the U.S. Virgin Islands, Dion Parson initially took up the trombone before discovering his love for the drums at age 15. He received a grant from the Virgin Islands Council on the Arts to study at the famed Interlochen Music Academy in Michigan and was later selected to represent the USVI in the McDonald’s All-American High School Band. Parson attended Rutgers University in New Jersey, and studied percussion with Keith Copeland and William Moersch, and eventually earned a BM in Music Education and a Master’s in jazz performance. He also studied for 14 years under master drummer Michael Carvin, who remains his mentor.

In the 1990s, Parson was a fixture on the New York scene, performing with jazz icons including Milt Jackson, Jon Faddis, Ernest Ranglin, Baaba Maal, Monty Alexander, Geri Allen, Lee Konitz, Dianne Reeves, Wycliff Gordon, and Cyrus Chestnut, among many others. He has also enjoyed a prolific career as a recording artist, appearing on dozens of albums on major labels like Columbia, Sony, Blue Note, Verve, and Concord Records. His first album as a leader, 21st Century, was released in 2000 with saxophonist, co-leader, and fellow USVI native Ron Blake, followed shortly after that by People Music in 2001.

Parson’s commitment to his USVI roots is not merely performative–in addition to shining a spotlight on significant jazz talent from the Islands through his 21st Century Band. Furthermore, Dion devotes his time to helping aspiring young musicians in the Virgin Islands and throughout the Caribbean to learn more about their cultural heritage and become competent artists and creators in the process. Founded in 2012, Parson’s nonprofit United Jazz Foundation (UJF) seeks to identify, educate and mentor USVI students interested in pursuing a career in music. UJF also offers an interdisciplinary music curriculum for students in Pre-K through high school that uses culture–both local and global–to inspire self-confidence and academic achievement. At the university level, Parson is shaping the studies and careers of a new generation of USVI arts professionals as Chair of the Communication and Performing Arts Department of the University of the Virgin Islands.

Parson’s efforts to educate and uplift his fellow Virgin Islanders, while also raising the profile of his home territory’s musical traditions, have crystallized further in the inception of the Caribbean Jazz Institute (CJI), a summer jazz education program that debuted in 2017 at the Snow Pond Center for the Arts in Sidney, Maine. Under the direction of Mr. Ron Blake, CJI brought together leading jazz musicians from the Caribbean, including Parson and Steel Pannist Victor Provost, for an intensive 10-day program of study with student musicians focusing on small ensemble performance, the introduction of rhythms of the Caribbean through the adaptation of original and standard jazz repertoire, creative practice techniques, ear training, music theory and more.

For the International Jazz Day 10th Anniversary Celebration in 2021, Parson showcased top talent from the USVI in a unique performance program produced in collaboration with the USVI Department of Tourism. The performance appeared on YouTube, Facebook, and jazzday.com. Watch the full-length virtual program below.