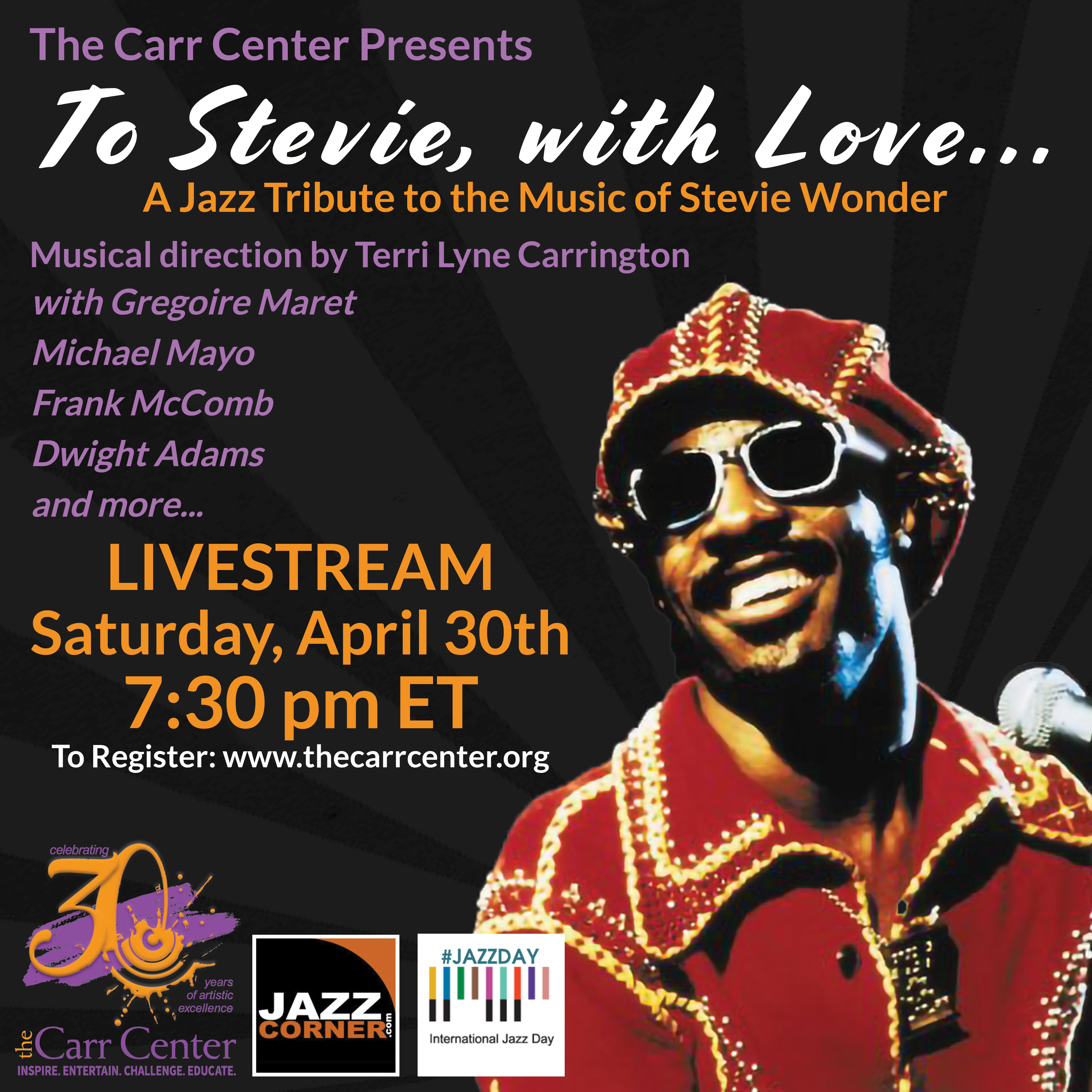 “To Stevie, with Love”

Recorded LIVE from Detroit on February 26th, The Carr Center Presents: To Stevie With Love, a tribute to the music of Motown legend Stevie Wonder

“This concert is part of our return to LIVE Events in Detroit.”

“Stevie is a wonder,” notes Oliver Ragsdale Jr., the President and CEO of the Carr Center. “This is no more exciting way to celebrate International Jazz Day than this jazzy homage to the man and his music.”

Carr Center Artistic Director, Terri Lyne Carrington concludes: “I’m thrilled to put together a tribute to one of America’s most celebrated artists, Stevie Wonder. He is an undeniable genius whose music is truly universal, while still personal and socially relevant. His artistry is woven through the fabric of our lives, leaving his fingerprint indelibly on our culture. He defies category and is a complete musician who has been influenced by all great Black American Music, so it makes total sense to offer his music through the lens of jazz, in honor of the Carr Center’s 30th anniversary, and in honor of Stevie’s contribution to our musical heritage.”

Register to watch at thecarrcenter.org