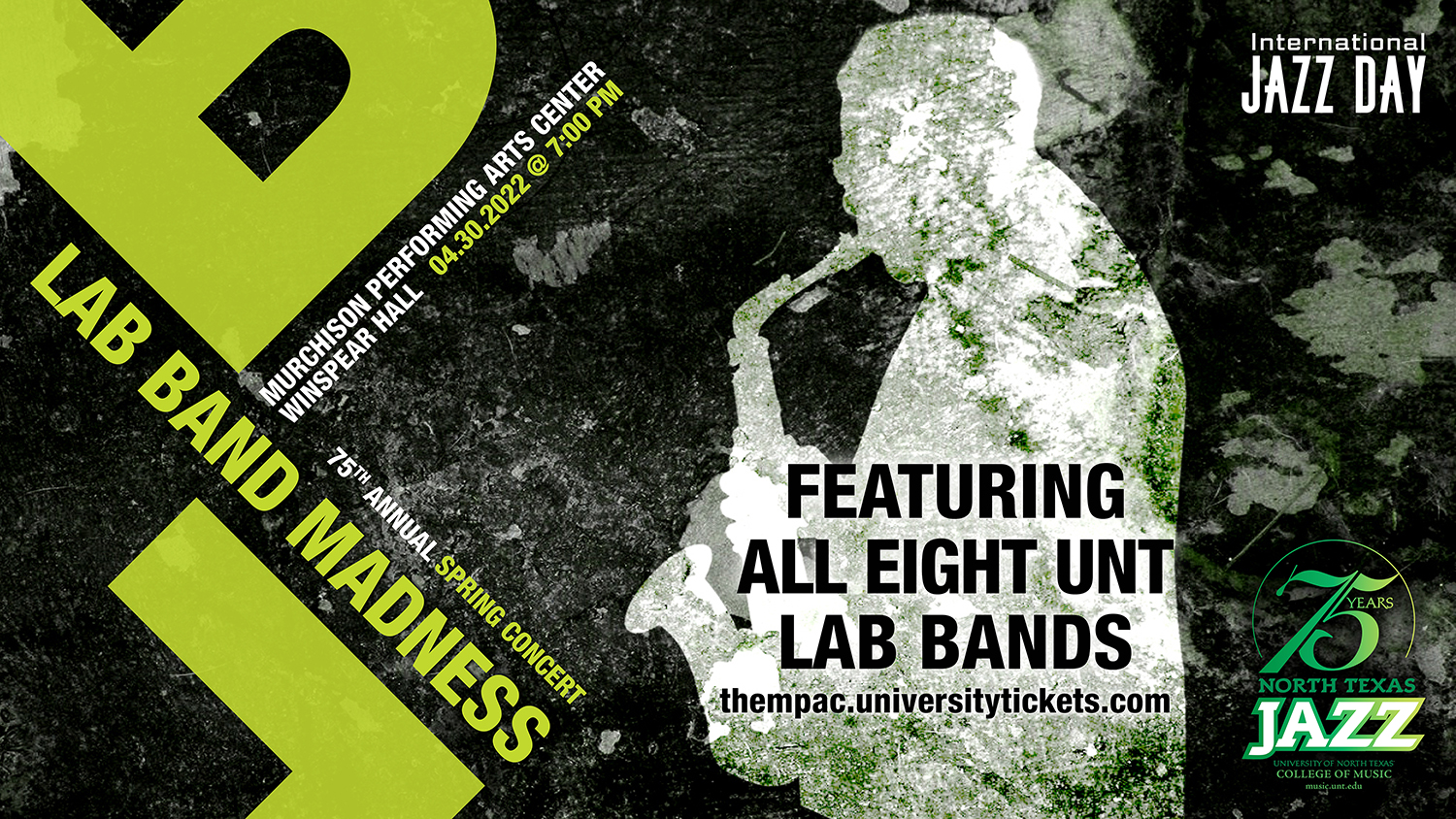 Celebrating the 75th anniversary of the jazz studies program at the University of North Texas, the first jazz degree in the nation, which began in 1946–47 in Denton, Texas. We welcome you to join us for the 75th Annual Spring Concert "Lab Band Madness" featuring all eight UNT lab bands in one spectacular evening, including the Three O'Clock Lab Band directed by Grammy-nominated composer Rich DeRosa; the Latin Jazz Lab directed by José Aponte; the Two O'Clock Lab Band directed by Rob Parton, and the Grammy Award-nominated One O'Clock Lab Band® directed by Alan Baylock. We are proud to take part in International Jazz Day and celebrate America's musical art form alongside colleagues across the globe.