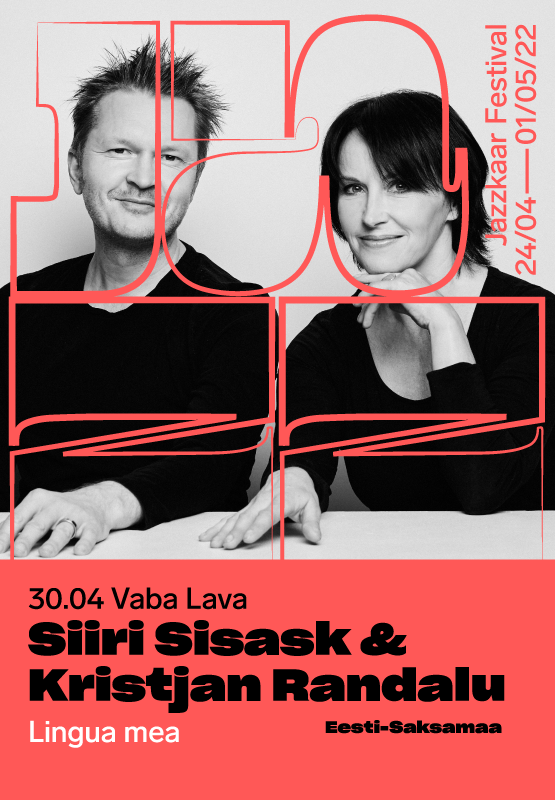 Creative collaboration between Siiri Sisask and Kristjan Randalu began at the 2002 Jazzkaar. As a result, they have released three records together: Jälg (2002), Teine jälg (2006, Finetone Music) and Lingua mea (2011, Jazz’n’Arts ). The original quartet later expanded into a quintet, joined by a string quartet on their last album. During the years of record releases, the ensemble toured regularly in Germany. To celebrate the 20th anniversary of Sisask and Randalu’s collaboration, the ensemble will meet again at this year’s Jazzkaar to perform the Lingua mea programme for the first time in Estonia.