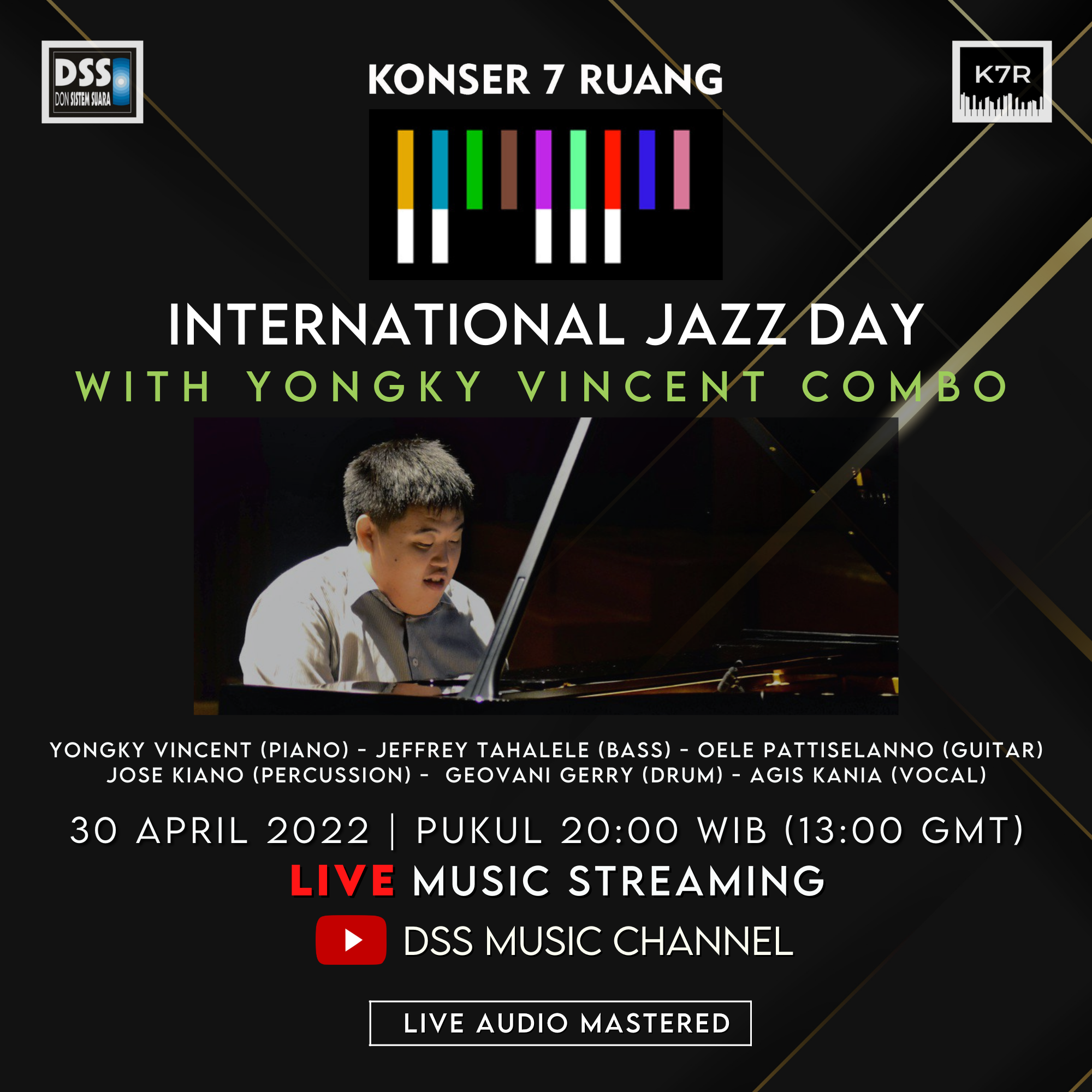 Konser 7 Ruang (Translation from Bahasa Indonesia: Seven Room Concert) is a hybrid concert that was made by DSS Music during early pandemic in Jakarta, Indonesia. Konser 7 Ruang emphasising on a safety-first studio performance for live streaming concert for musician who wants to do a crowdfunding show, in order to ease their economical difficulties because of the pandemic. one of the frequent musician that have been performed here quite many times is the prodigy, Yongky Vincent

Yongky Vincent is a talented young musician/pianist who loves jazz music and likes to improvise with jazz. he has many idols who are involved in Jazz music such as Oscar Peterson, Diana Krall, Bob James, Dave Grusin, Elfa secioria, Bubbi Chen and many more.