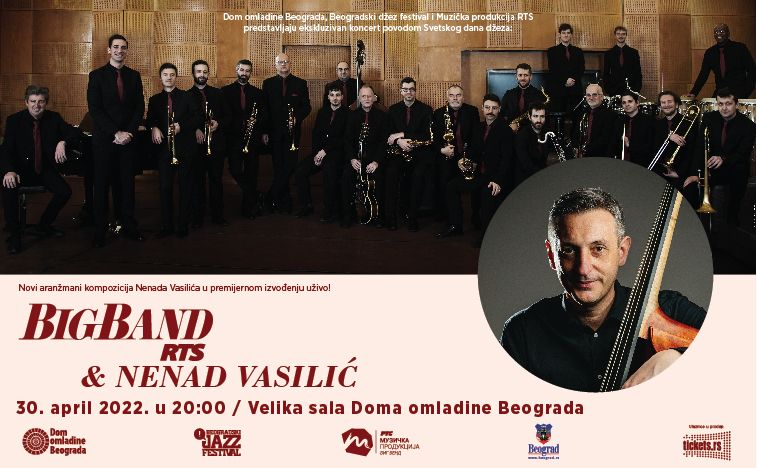 The Belgrade audience will have an exclusive opportunity to attend the concert of Nenad Vasilić and the RTS Big Band, organized by the Belgrade Youth Center, the Belgrade Jazz Festival, and the Serbian Radio and Television Music Production on the occasion of World Jazz Day, April 30 at 8 pm in the DOB Great Hall. Traditionally, the concert on the occasion of the World Jazz Day is an introduction to the upcoming, 38th Belgrade Jazz Festival, which will be held in the last week of October.
This concert is being realized as part of the continuation of program-business cooperation between the RTS Music Production and the Belgrade Youth Center.