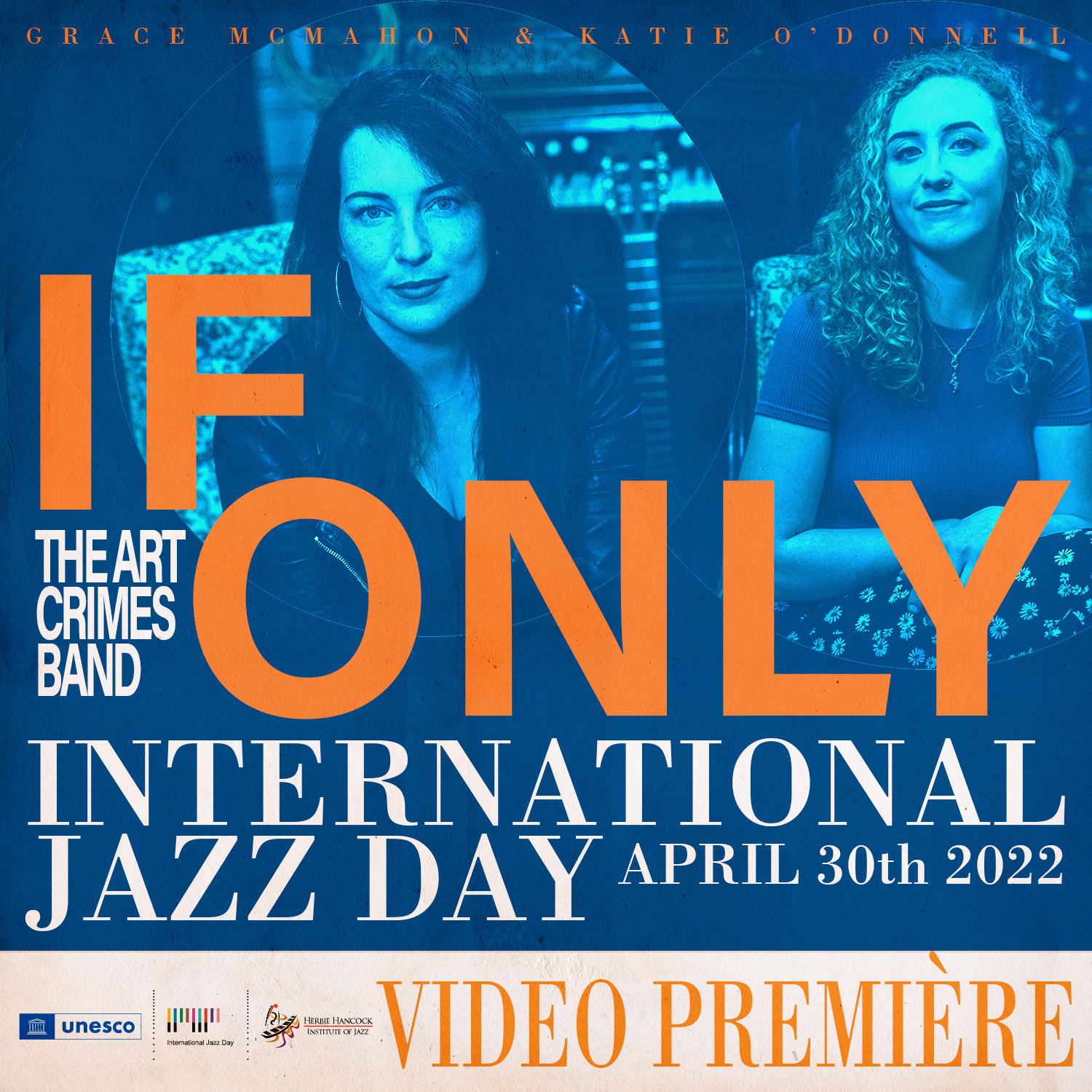 The Art Crimes Band: ‘If Only’ Video Première

Filmed and recorded especially in honor of International Jazz Day, Grace & Katie from the Art Crimes Band offer an intimate performance of the band's 2015 jazz ballad 'If Only'.

The Art Crimes Band has officially celebrated International Jazz Day on various occasions in the past marked with live shows in and around their hometown Cork City. However while still on hiatus from live shows to focus on studio recording and as Jazz lovers the group didn't want to miss this chance to be a part of Jazz Day.

Melanie O’reilly’s Jazz Across The Bay