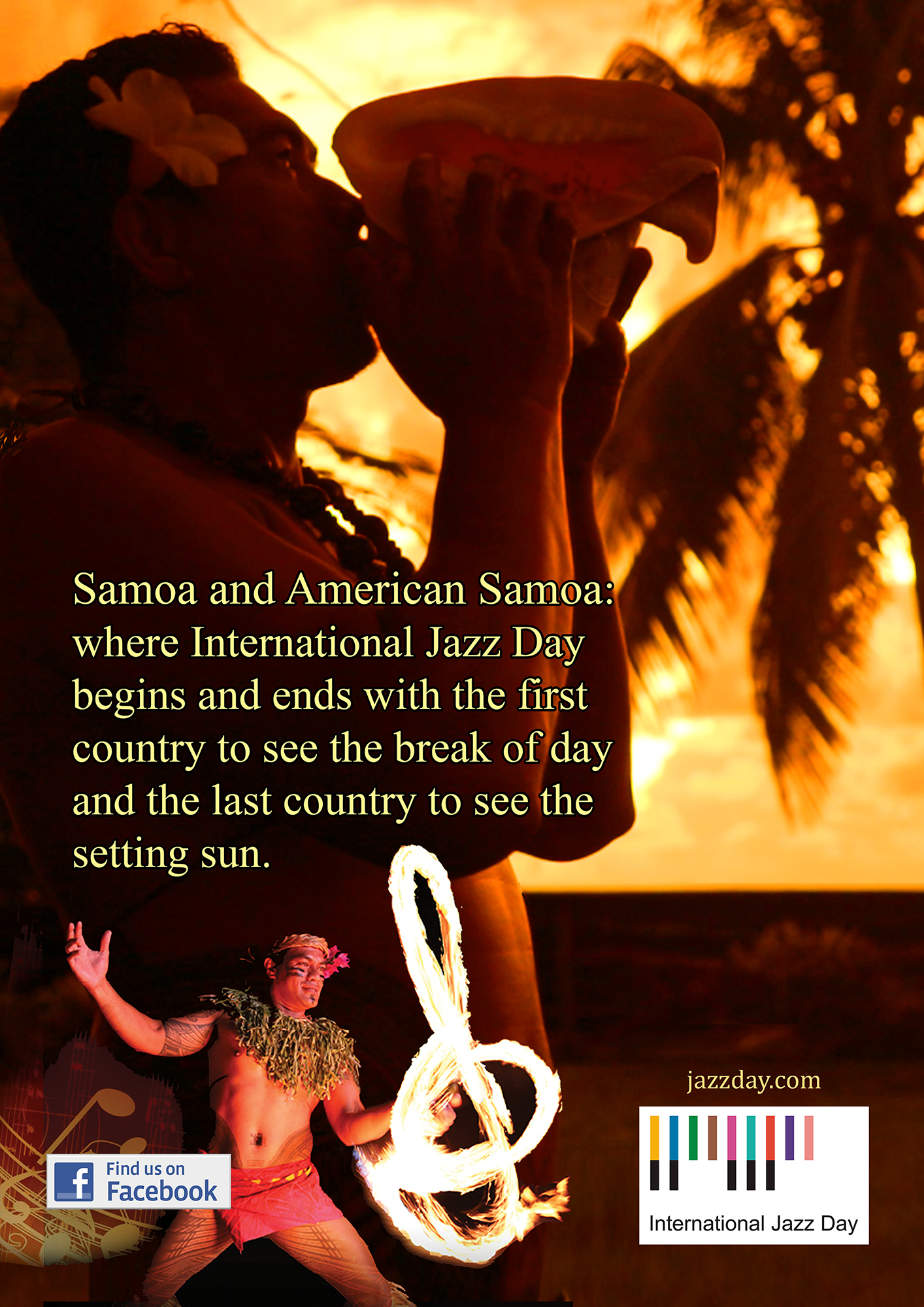 Samoana Jazz features a series of events including a conch-shell greeting of the dawn in the first country to see the light of a new day. On Friday evening, 29 April 2022, "The Untold Jazz Story," a 48-minute documentary film about music and jazz in the two Samoas, the birthplace of jazz in the Pacific, will be shown at Sails Restaurant where there will also be live music by Shadze of Samoa accompanied by local musicans. The film tells the story of Mavis Rivers, the Pacific's Queen of Jazz described by Frank Sinatra as "the purest voice in jazz," comparable to the late great Ella Fitzgerald. Neighbouring American Samoa will also host a series of events and is the last country on earth to see the sun set on International Jazz Day 2022. 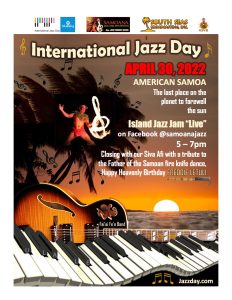 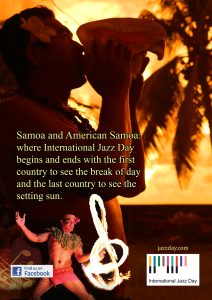 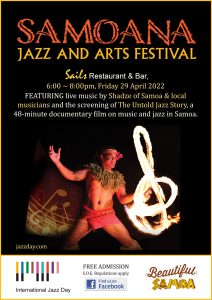 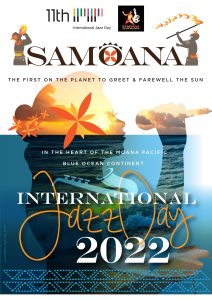