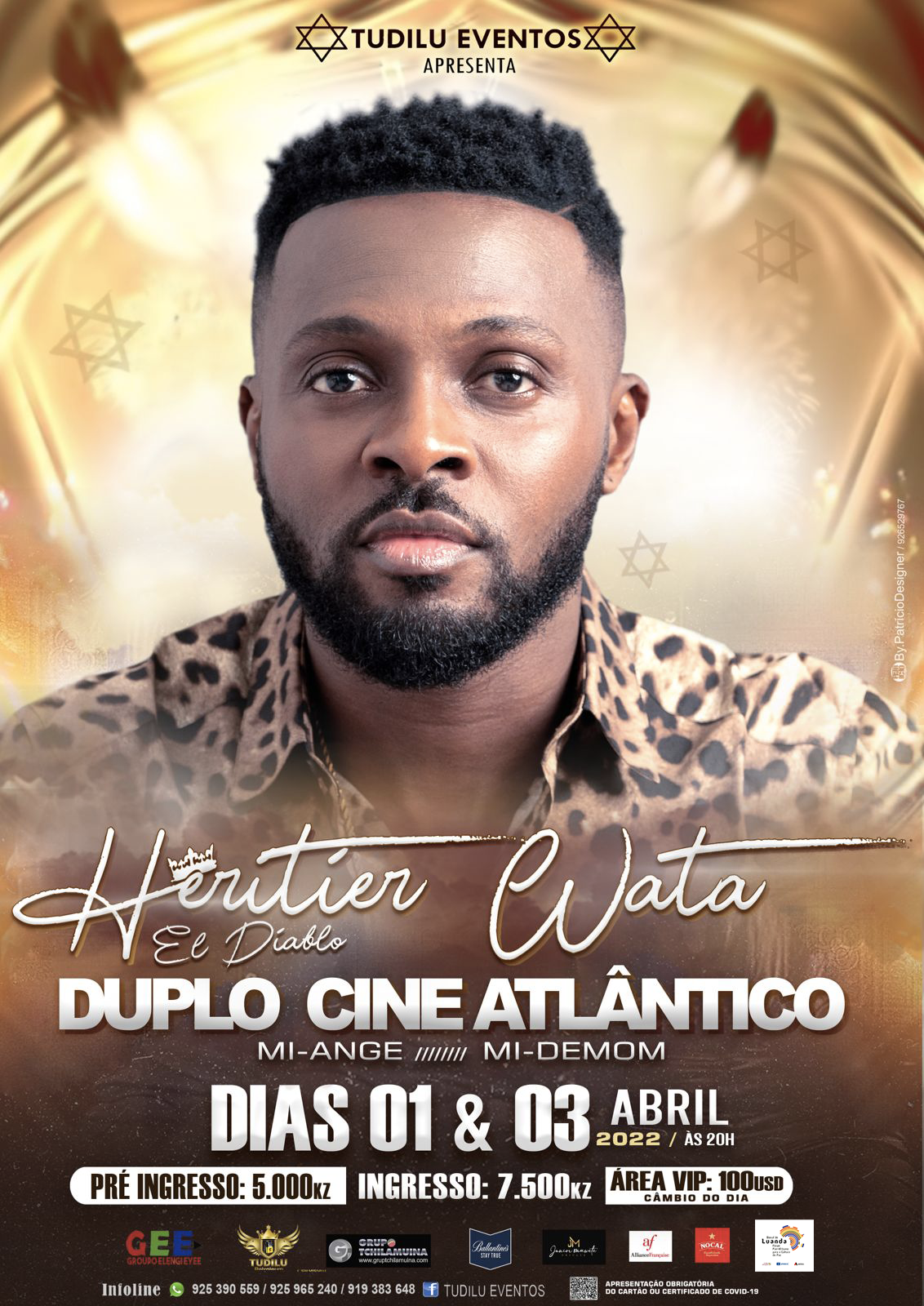 Héritier Watanabe is an artist from the Democratic Republic of Congo. He has made Congolese rumba his speciality. With more than 15 years of experience in the famous group Wenge Musica Maison Mère, founded by the legendary artist Werrason, he began his solo career in 2015 with Oubouo Music. Very quickly, the author found his style, which draws its essence from salsa, souk and afrobeats. The artist with the golden voice begins a multicultural career more "open to the world".
This concert of his last album "Mi-ange mi-démon" is presented in Angola to celebrate 20 years of peace in Angola, as a symbol of culture for peace and to celebrate the entry of Congolese Rumba as immaterial patrimony.